What’s posture got to do with it?

What have posture and performance got to do with each other? 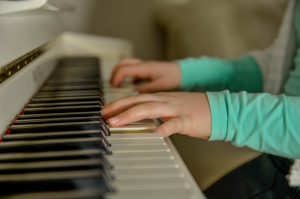 I recently watched a concert at my daughter’s school. I was impressed with the children’s enthusiasm and willingness to go on stage and perform the pieces they were preparing for an upcoming eisteddfod. The performances were mostly of the kind described in meanings 1 and 2: carrying out an action or operation. (If you’re not sure what I mean by this, you might like to read Part I of this article again). There were just a couple of exceptions. What did this particular child do that the others didn’t? Or perhaps I should say, what didn’t she do? 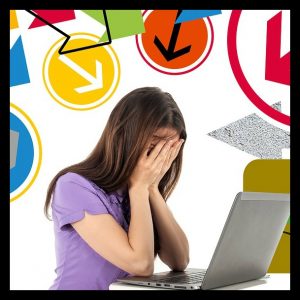 First, she didn’t put a lot of downward pressure on her system. This is something most of us do unknowingly. We don’t just do it when we perform. But what we do habitually often gets exaggerated on stage.

What most of us don’t realise is that by putting this constant pressure on ourselves, we are cramping our individuality, our creativity and our expression.

The other thing she did was relate to the idea of a performance. She didn’t just stand in front of the audience and sing. She was far from technically perfect. In fact, her diction really needed some work, and I couldn’t understand more than about a quarter of what she sang. But she drew us into our world, not just by the clarity of her intention, but by the clarity of her movement and her refusal to make herself very heavy.

Why is “posture” so important?

Because she wasn’t pressing down, a habit most of us have unconsciously, either by imitating our parents or teachers, or as a reaction to the pressures of modern life, or through so many other factors, this particular student allowed her natural brilliance to shine. Alexander (a 19th-20th century voice and movement guru) described it this way: You just have to be quiet inside so that the right thing can happen. That’s what this girl was doing. She was bewitching.

Another reason for studying performance is to get a more constructive mindset about performing. Often that downward pressure just comes from trying to “get it right.” We usually learn these unhelpful ways of trying when we are quite small, and so they can have nothing to do with music. But by thinking about performance in new ways, we can also alleviate this pressure on ourselves.

What your body language says about you on stage..

The answer is not just to STAND UP STRAIGHT. That simply creates more tension and pushing and pulling.

So, what was everyone else doing? Tolstoy said, “Happy families are all alike; every unhappy family is unhappy in its own way.” Similarly, every child and teacher I saw yesterday had a different way of putting this pressure on themselves. Squishing yourself can come in all shapes and sizes. Some do it more than others, some barely at all. When you put pressure on a object that has some flexibility, the bits that stick out and the bits that compensate are completely unpredictable.

But the most fascinating thing to me, even after all these years of writing about, thinking about and practising this kind of work, was that the less the performers pushed themselves out of coordination with this downward pressure, the better they played and the better they performed.

I’m not saying that releasing yourself from this constant downward pressure is the key to performance. But I am saying that when you do stop pressing down, you have so many more choices and freedom and creativity and possibilities.

You create the conditions both to play and sing better. AND to perform better.

WAYS TO WORK WITH ME

Schedule your free individual CLOSE-THE-GAP session with me HERE.

Talk to me about your child’s musical journey and see if your child is right for one of my programs HERE.