Are you waiting for permission?

Is there something you’ve always wanted to do but haven’t started for fear of being presumptuous? Is there something you wish you could do but are too scared to find out whether you can or can’t? I spent most of my childhood fantasizing about being a “singer.” And yet I did nothing about it, really, until I was about 22, which is pretty late if you want a career in classical singing. 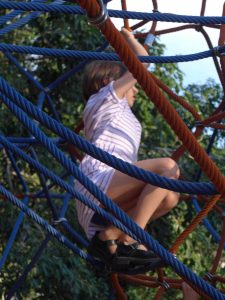 You see, I had this weird idea that unless I had been picked out by a talent scout while casually singing in the playground, then I didn’t deserve lessons. When I went to my piano or theory lessons, I used to eavesdrop on the girls at my school who were having singing lessons and wonder what they had done to get inside that room. I was sure they had been picked or chosen somehow.

I never spoke to anyone about my fantasy to be “found” or my wish to sing. And it never happened. No one ever told me I had a beautiful voice. No one urged me to train it. No one swooned at my amazing singing in the playground. And no scouts ever spotted my raw talent.

So I actually forgot my dream for a while and went and studied medicine. But I really wasn’t suited to medical studies. I got by and did quite well, but only because the people who got good results were the only ones allowed to defer! The promise of getting out of the life sentence of studying anatomy and physiology was what motivated me to do well. When I was granted permission by the Dean to defer after 3rd year, I went overseas to study my other passion: languages. I had almost forgotten that I ever wanted to sing.

Until I met a singer that year in Italy. We were both studying Italian in a beautiful little town called Urbania with a school that offered courses in Italian for singers and non-singers. Whole classes of voice majors make the trek from the US each year to study here. The singer I met was Canadian, not part of a large group, and a bit on the fringe, making it easier for me to befriend her. Her name was Alison. I went to her rehearsals, sitting in the dark, cool church, listening, awestruck by the beauty of her voice and the music and marvelling at the privilege of hearing her.

Towards the end of the month we spent there, I plucked up my courage and told Alison of my lifelong dream to sing and of my mystification about how to bring it about. “How do I learn to sing?” I asked her. Her answer was so obvious that I wondered at my years of inaction. “You ring up a singing teacher and ask them to teach you.” I was a bit embarrassed that I had been so foolish for so long. But with this concrete piece of advice I was able to start lessons as soon as I got back home to Australia. Admittedly, it did take a bit of courage to make the call, to have the conversation and to turn up to my first lesson. But I did it. And I was fortunate that my teacher was kind and encouraging. Not all singing teachers are like this, though (which I learned later to my detriment), and I understand people’s hesitation to put themselves on the line. 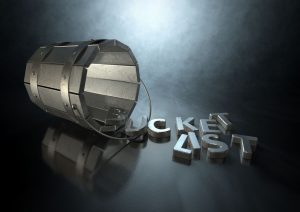 Many people I meet tell me of their bucket-list dream of singing. But they don’t act on it. So many things get in their way: fear of sounding bad, fear of embarrassment, fear of exposure, fear of not “getting” it, fear of being vulnerable. So it’s my job to make this course a safe place for you to explore, mess it up, get it wrong, discover, explore, get to know yourself in a new way and learn. So you can do it now, not later. The sooner you start, the more of your life you can spend singing and experiencing the sheer joy of making music with your own unique (one-of-a-kind!) instrument. The sooner you start the sooner you can realise your dreams of singing in a choir, singing to your loved ones, or singing on your own in public.

In my course, you don’t have to speak to or sing for anyone if you don’t want to. I do encourage and invite you to, but the choice is always yours. You can do the training in complete privacy and learn a few skills before ever giving your singing voice an outing in front of others. And if you want to keep it just between you and the soap (in the shower) forever, that is entirely your call.

So, if you’ve been idly waiting to be discovered, or waiting for some other sign from the universe that you should sing or are allowed to sing, consider this email as that sign. It’s TIME!

FIND OUT MORE about my summer intensive on-line singing course… Or forward this to a friend who might be biding their time, waiting to be given permission, or be discovered…

IF YOU DON’T WANT TO SING, but want to do something else instead, what are you waiting for? Do it in 2019.